What is your conception of the state?

What is your conception of the state? 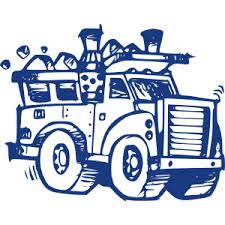 A century after Max Weber wrote his famous definition of the state, it still is about the best quick characterization we have of what the state is. His emphasis was on the state holding a monopoly on the use of legitimate violence. But even that definition raises endless questions. What is meant by legitimate? What about all the other tasks states undertake that do not involve violence or even the threat of violence? What about the symbolic power of the state? What about the performative character of the state–so many rituals and ceremonies. My own work has identified two elements to the state. The first is what goes on in people’s minds. That is, what do people expect from the state and how do they perceive its totality? This element includes people’s fear of the state, their love of it, their understanding of its symbolic relationship to the people in the territory, their expectations of what it will do for them and what they have to do to sustain it. This element also includes people’s expectations of how the state should treat them. And much more. The second element to the state is what its various arms, agencies, and bureaus actually do. I call this the practices of the state, and these may diverge markedly from what people feel the state should  be doing. To me, it is those two elements together that best capture the state. The inquiry was posed in Spanish, so I will refer the questioner to my book in Spanish, Estados Débiles, Estados Fuertes, in the Umbrales series, published by Fondo de Cultura Económica in 2011.

About the Author: Joel Migdal